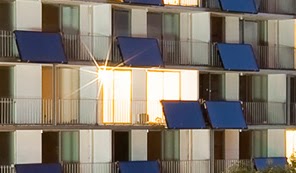 
A recent study carried out by Cornell University’s School of Hotel Administration, in the United States, shows that business and leisure travelers prefer hotels with sustainability policies.

Based on the responses of 571 people, the study found that the single most important attribute for them is green certification. Respondents also supported that hotels set up refillable shampoo dispenser, energy efficient light bulbs, and towel- and linen-reuse policies. However, few respondents agreed that they would pay more to stay in a “green” room.

Although researchers warn that the study only interviewed people who indicated a willingness to stay in green rooms and, therefore, the findings cannot be generalized to all tourists, the results are still interesting because they reflect an increasing trend, particularly in travelers from the United States, Canada and Europe, and present challenges for the hotel industry.

I recently met with a representative of a hotel that is part of an international chain who told me that passengers often asked about the establishment’s sustainability but, according to her, it was impossible for a city hotel to be “green”. Perhaps, I said, but there are always things you can do to contribute to environmental conservation.

What better proof than the first green hotel that opened up in Santiago last year? Among other things, the new facility uses solar panels to provide electricity for its rooms and promotes recycling among its staff and guests. It doesn’t sound that hard, does it?

Other measures hotels can take –and that are in place in some of them- include asking guests to indicate whether or not they are willing to reuse their towels to avoid excessive water use in laundering and placing information leaflets with advices such as not letting the water run while brushing their teeth and not leaving the air conditioning on when they’re not in the room.

At a management level, hotels that strive to reduce their energy and water consumption and their waste generation may even end up saving money while showing concern for the environment. If you don’t believe me, I suggest you read the book “Green to Gold”.

There is always something that can be done and every little step towards sustainability matters. In the end, the planet and your guests will thank you for it. That is the key to responsible tourism.

This entry was originally posted by the author on August 5, 2011.
Posted by Marcela Torres at 7:02 AM