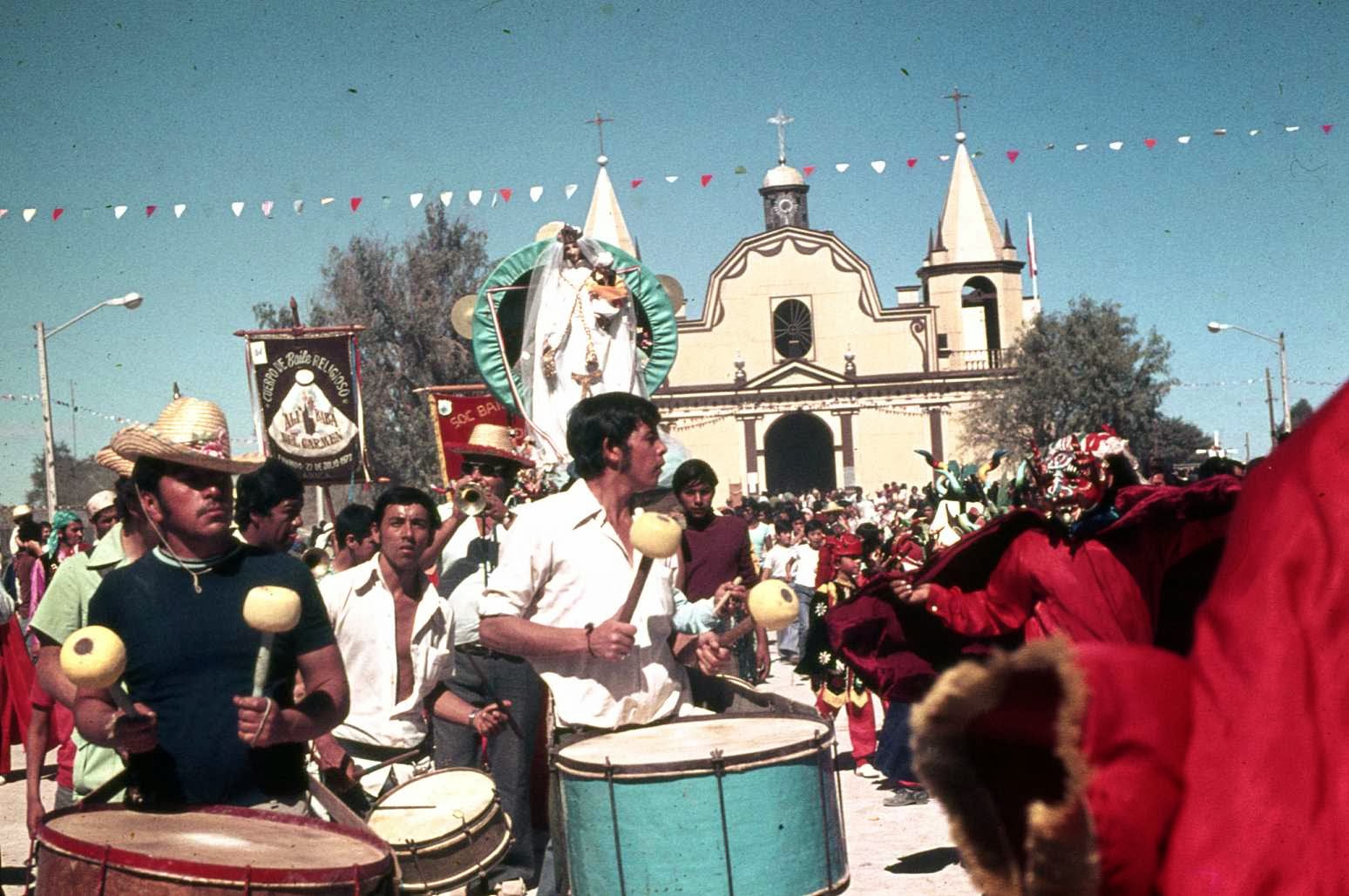 
This Saturday, July 16th, marks the celebration of La Tirana Festival in Chile, in honor of the Virgin Carmen, patron of the country. The town La Tirana, with a population of 560 people, prepares to receive approximately 250,000 tourists, of which it is estimated that 70% are Chilean and 30% are foreigners coming from neighboring countries, such as Peru and Bolivia, as well as other faraway places like Spain, Germany and Belgium.

During this festival, the place transforms as dancers and merchants flood the town where believers praise the Virgin with music, dance and offerings. Among the folk dances, the more traditional ones are the “devil dances”, called that way because of the devil mask and suit worn by the male dancers. The dance represents the clash between good and evil, mixing elements of the Catholic religion introduced during the Spanish conquest with ancient Andean rites.

The town of La Tirana reportedly marks the burial spot of an Inca princess known as the tyrant of the Pampa del Tamarugal because she inspired terror amongst conquerors and converted indigenous people of the area in her fight against Spanish rule during the 16th century. According to the common tale, she fell in love with one of her prisoners, a Portuguese man who converted her to the Catholic faith, and both of them were killed by her Inca warriors while he was baptizing her. Her last words were a request for a cross to be placed on her tomb. A Spanish monk is supposed to have found the cross, where La Tirana is now located.

The July 16th festival represents the mix of both cultures and is one of the most popular typical events in Chile. Although the people who live in La Tirana anxiously wait for this day, both for its religious significance as well as its increased visitor flow, the activity also presents risks such as tourists surpassing the locality’s carrying capacity.

Another challenge is to avoid having La Tirana depend economically on one specific date per year. That's why a women’s association of the town got together and obtained government funding to create a tourism information center, which opened in May 2011, betting on the fact that La Tirana has enough interesting places and activities to attract visitors all year round.

It is important to promote a sustainable development of tourism so that the festival does not have more costs than benefits and so that the local community can have the necessary tools to create high-quality tourism products and to market them efficiently in order to increase these people’s income. Festivals are an important element of cultural tourism and can, no doubt, contribute to preserve ancient traditions.

This entry was originally posted by the author on July 15, 2011.
Posted by Marcela Torres at 6:11 AM