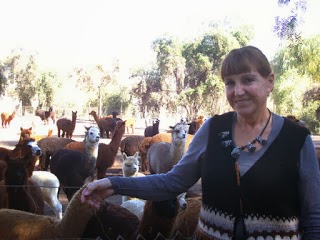 March 8 marks International Women’s Day and I’d like to honor all the women who work hard each day to develop tourism around the world, sometimes under very trying circumstances.

According to the United Nations World TourismOrganization (UNWTO), in most regions of the world, women make up the majority of the tourism workforce, they also tend to be concentrated in the lowest paid and lowest status jobs in tourism, and they perform a large amount of unpaid work in family tourism businesses.

That’s why the UNWTO and the United Nations Women Organization are developing a joint Action Plan to Empower Women through Tourism that seeks to enhance the positive impact of tourism development on women’s lives, and, in so doing, contributing to the achievement of the Third Millennium Development Goal – "promote gender equality and women’s empowerment".

The Global Report on Women in Tourism 2010 –which was launched during the ITB 2011, in Berlin- was the first concrete result of this collaboration. Among other things, the study revealed that women are well represented in employment but tend to be working at a service or clerical rather than professional or decision-making level. It also showed there are proportionally fewer women graduates in services than in other fields.

One of the study’s most interesting findings is that in Entrepreneurship, women are almost twice more likely to be employers in the tourism industry than in other sectors, and often employ more women than men.  That’s exactly what we see in Chile, particularly in rural areas.

During my visit to the WTM in London last year, I had the good fortune of meeting an Italian journalist, Iaia Pedemonte, who runs a very interesting website to promote gender responsible tourism around the world and to help women by spreading ideas and good practices in tourism.

After a decade of work on responsible tourism, Iaia put together this unique initiative that, among other things, is contributing to collect experiences, knowledge and tools , promote handicrafts and products made by women in tourist destinations, and bring together supply and demand, local people and institutions, southern and northern  hemisphere countries. The site also has a forum for networking in Gender Responsible Tourism, which is a great space for all stakeholders involved to exchange experiences and get to know each other.

It’s inspiring to see how many women around the globe are pushing forward the principles of responsible tourism and also making progress with alternative livelihoods that can be sustainable and, at the same time, help conserve natural and cultural resources that are valuable for all.

This entry was originally posted by the author on March 8, 2012.
Posted by Marcela Torres at 8:49 AM