Be careful with that bonfire! 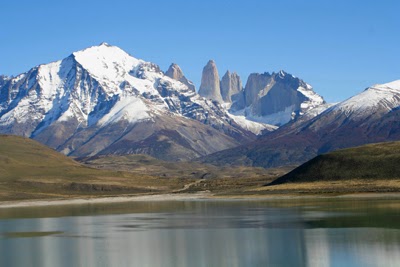 All over the world there are protected areas of great natural beauty and we need to be careful not to damage them when we visit so that they can be enjoyed by future generations. Fire out of control is one of the greatest risk factors, particularly in forests and grasslands.

In February, 2005 a forest fire that lasted 10 days in Torres del Paine National Park destroyed more than 13,000 hectares (32,000 acres), approximately 7% of its area. The cause was the inflammation of a gas stove a Czech tourist used in a grassland area where camping was not authorized. The disaster was such that the Czech Republic quickly offered help to restore the damaged sectors and sent Czech experts. The forest cooperation project “Assistance to renew Torres del Paine National Park ecosystems damaged by the fire” ended in December, 2010. It ran for five years and included forestation with 180,000 Lenga (Nothofagus pumilio) plants.

Torres del Paine National Park is one of the nature tourism icons in Chile. Located in the Chilean Patagonia, it covers a total of 181,414 hectares (448,284 acres) and is among the preferred worldwide destinations for trekking, particularly for its famous W circuit. In 1978 it was declared a Biosphere Reserve by UNESCO, because it is among the most representative regions of the different ecosystems in the world that also provide opportunities to measure human impacts on the environment.

The rock formations known as the “towers of Paine”, the Grey and Dickson glaciers, the numerous waterfalls and lakes and its abundant wildlife, that includes endangered species such as the Condor, the Puma and the Huemul deer, are among the main attractions of this protected area. After the 2005 fire, it was believed that tourists would have learned about the importance of staying in the areas set aside for visitors.

However, in February, 2011 a new fire was again cause for grief. An Israeli tourist that lit a bonfire in an unauthorized area initiated another fire that did not have the same catastrophic consequences as the previous one because the rain that was falling helped control the flames. The tourist was expelled from the National Park and declared an unwelcome visitor because of his irresponsibility.

The National Forestry Corporation (CONAF), the government agency in charge of managing protected areas in Chile, has clear regulations for visitors available on the website in Spanish and English. It seems worthwhile to be reminded of some of them to make sure that we act as responsible tourists when visiting a natural area:


Now that the high season for tourism in Chile is approaching, we hope we will not have to witness a new fire in Torres del Paine National Park. Conserving our wonderful natural heritage for future generations is a task for all of us.

This entry was originally posted by the author on September 20, 2011.
Posted by Marcela Torres at 7:23 AM